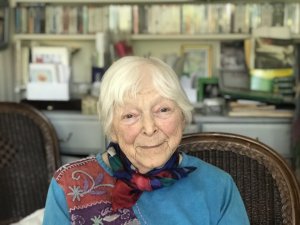 Sringkhala became a disciple of Sri Chinmoy in 1975. She is an artist, living in London.

"When I was little, I loved Jesus. My family were Baptists who lived in Italy and I grew up there until I was 12. I remember one day when I was about 7, sitting on a wall in the village where we lived. A wave of complete happiness overwhelmed me, I felt a sense of love and belonging that I never forgot.

After that, through my younger years, the search for that sense of deep love would rise to the surface occasionally, but it mostly remained in my subconscious. I am an artist and looking at my work from that period I can see a sense of yearning there. There is a darkness in some of the work, sometimes a sense of feeling lost.

I found myself deeply affected by the suffering of others; I protested wholeheartedly against the Vietnam war and other military actions. I painted the atrocities of war, and cried. In the early 1970s, just after the birth of my daughter, the dormant search within me for the Divine roared to life and everything in my outer life fell apart. My health suffered, I separated from my husband and moved across the world back to the UK with my child. I was desperate for answers: where is God? How can I reach Him? To me, God is divine love, infinite love and I desperately wanted to have a conscious connection to that Source.

Some old college friends introduced me to alternative healing methods. I met a colour healer called Alice who lived in Willesden, who helped me greatly with my health. I went to faith healers in the Christian Science church in Richmond. I had a dream one night where Alice stood in front of me, pointing to an Indian man dressed in a track suit. Shortly after that one of my friends recommended Yoga classes, and I started going to a class in Ealing.

The yoga teacher was lovely and one day she invited all of us to a “Joy Day”. What’s that? I thought. I was the only one to take her up on the invitation, and one day found myself at a meeting hall, ready to meet this enlightened group who were so advanced that they had a living Guru. But instead of mung bean stew and home-made organic bread, there were white bread sandwiches and Coca-Cola. Rather than sitting solemnly and chanting for an hour, there was a play, and some musical performances, and even a couple of games. I was confused; this wasn’t the picture of a “spiritual group” that I had in my mind, these people were having more fun than I could remember seeing without alcohol. But at the same time, I was home. I felt it in my heart, and in my bones. I was finally home.

Later I saw a picture of Sri Chinmoy, and he was the man I had seen in my dream. I was accepted as a disciple in 1975, and started coming to centre meditations. It was a year later that I met Sri Chinmoy in person for the first time, and I remember feeling a bolt in my chest, like an electric shock!

In the next few years I continued painting, and I noticed my art changing. Instead of focusing on war, I was painting angels, and peace. My imagery changed to include angels, and other-worldly beings, often blessing an oblivious human. The people in my paintings were serene, or searching. The colours were brighter and more harmonious. In 1979 I produced a solo exhibition that I called “Shadows into Smiles”. It showed my work from the early 1960s through to 1979, and the shift in the consciousness of my paintings, and my own focus, was obvious. I knew I was benefitting from being a student of Sri Chinmoy, but seeing my work like that really spelled it out for me, and I realized how deeply my spirit had healed.

Many years later, I was given the opportunity so show my art to Sri Chinmoy. He said, “she is a great artist! Definitely she is manifesting my teachings through her art.” This encouraged me to continue, and I have done many artworks that are directly influenced by my experiences with Sri Chinmoy, as well as by his poetry, music and other activities". 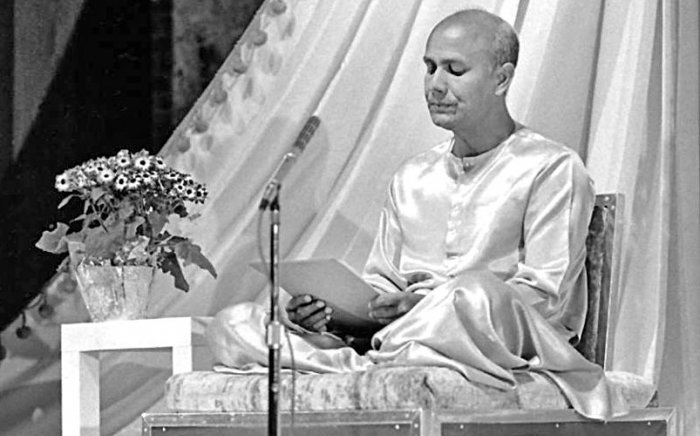 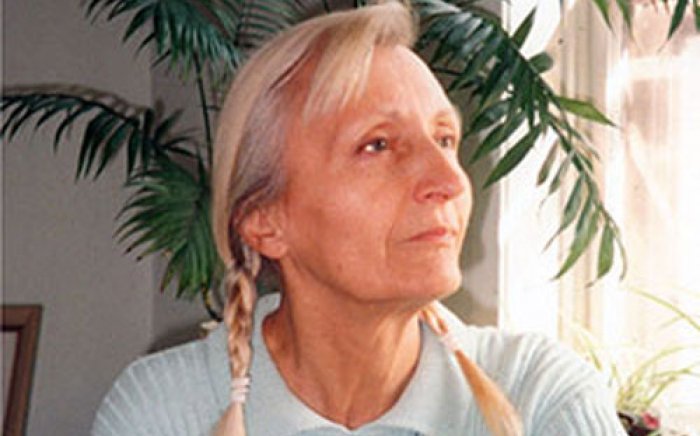 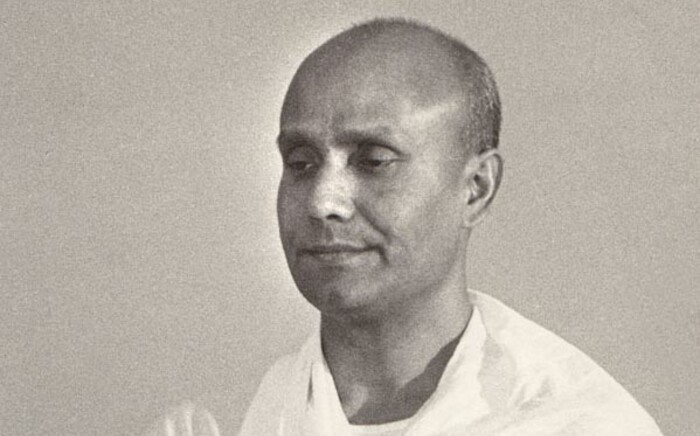 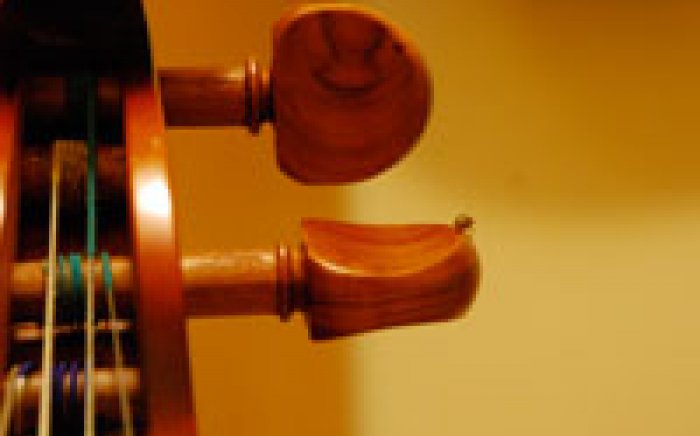 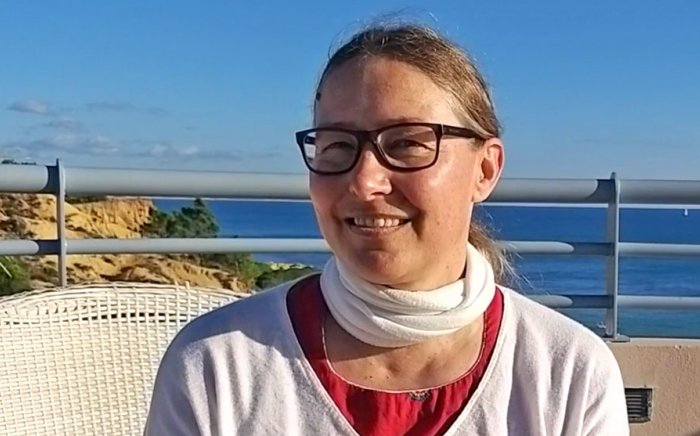 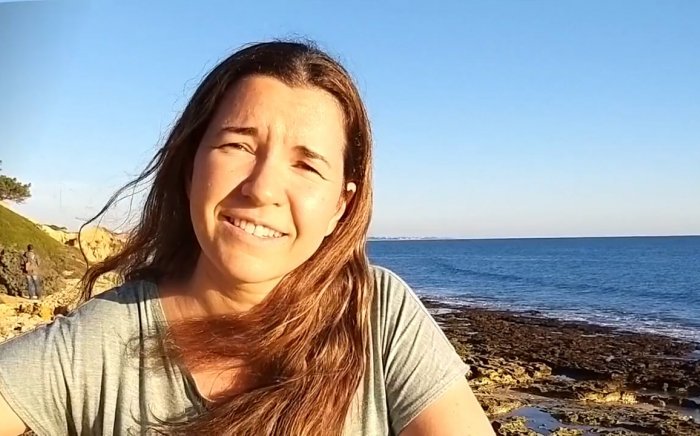 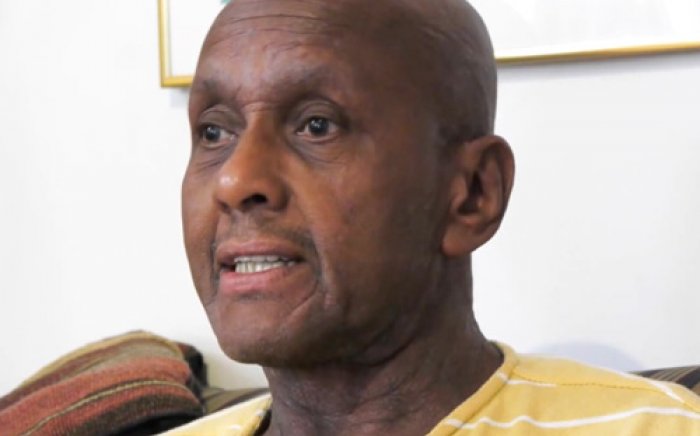 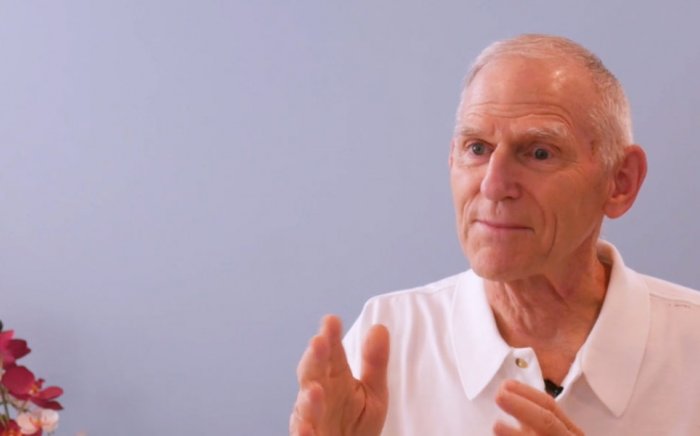 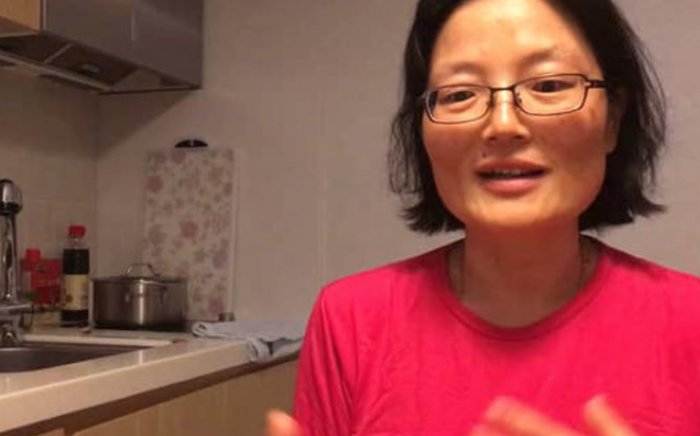